This week I wanted to discuss a topic that is important, but often misunderstood. You see lots of motivational quotes and message about believing in yourself. As David Goggins says however, motivation is crap. You’re going to have good days and bad days. What lasts longer than motivation is a true belief in yourself. Knowing that on those bad days you can still do good things and keep moving forward. So how do you build up a stronger belief in yourself? By practicing some of the lessons below.

You can only control your own beliefs.

This may sound simple, but too often people worry about what others believe about them. I dealt with this when I was first thinking about separating. Being in the fighter pilot/WSO community there’s a perception that everyone has chosen this as a career and you don’t talk about getting out for fear of how you might look. The reality was that as soon as I made it known I was getting out and stopped caring what others believed I was able to focus on the next chapter in my journey. Don’t let your pre-conceived notions about something stop your own beliefs. My worry about what others believed prevented me from making progress towards a successful separation sooner because I let it, but it didn’t need to.

Don’t let outside events determine your belief in yourself. When I was trying to separate I applied for a program called Palace Chase within the Air Force. It’s where you can leave active duty and transfer your remaining commitment to a longer commitment with the guard. I believed this was the best path for me and my family. I read all the rules on how to do it. I found a guard unit that I wanted to go to and the location was ideal. Then I presented my case to my commander. I told him why I wanted to do this and that it really was best for my family and our long term goals. At the time I naively asked for the maximum amount of commitment I could transfer to the guard, two years. While that was technically allowed per the rules, in reality no one was getting approved for early separation two years out. My first application was denied. I was initially pretty upset. I could have let that deter me. I even had several people say I shouldn’t expect Palace Chase to work out at all. I knew that it might not work out, but I also knew if I gave up it 100% wouldn’t work out. My understanding and belief was that this program was put in place by the Air Force to help, I met all the requirements to do it, and it was the best path for me. I reapplied. This time I asked for one year off, mostly due to how long it takes to hear back and how soon you can apply again. This time I got accepted! I was approved to separate 6 months early.

What would have happened if I let the external process of Palace Chase shake my belief in myself? Looking back it’s clear to me that the timing worked out in my favor and I personally believe, in God’s plan and timing. The process is what I couldn’t control however, the belief in my journey and my ability to succeed were what I could control.

I’d heard from several good mentors on active duty that no one is more invested in your career than you. While this is true, I take it one step further. No one is more invested in your journey than you. On your separation journey as you leave active duty you’ll come across all kinds of advice about what you should do. Remember though, those people aren’t on your journey. You can only control your belief in yourself. You owe it to you to follow that belief daily, on the good days and the bad. To be clear I’m not saying don’t listen to advice or seek out mentors. In fact that is a critical part of the process but, you still have to believe in yourself and put in the work.

Control what you can (yourself), don’t let outside events deter your belief (you can’t control them), and fully own your journey.

I’ll leave you with this. Be like Bigfoot. Believe in yourself, even if no one else does. 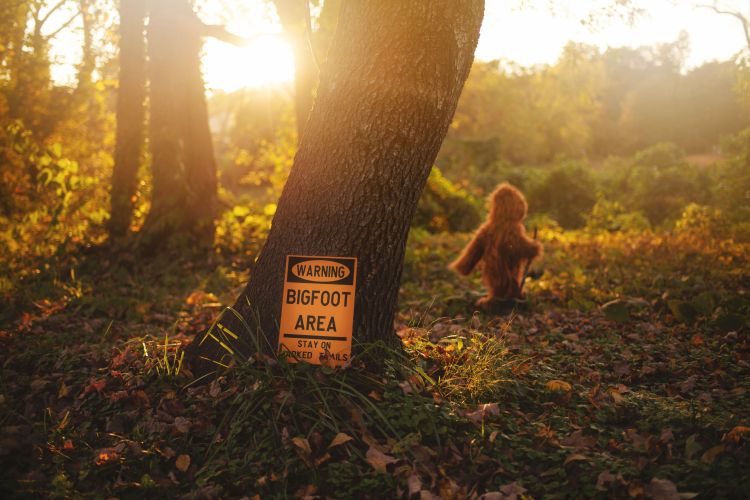 We had a recent little Bigfoot sighting on Halloween!